The GO Battle League preseason is coming to an end, and we’re excited to announce that GO Battle League Season 1 officially starts this month on Friday, March 13, 2020, at 1:00 p.m. PDT (GMT −7)! From Trainers who gave the GO Battle League a try to earn Sinnoh Stones for Rhyhorn Community Day to battlers who climbed all the way to the top at rank 10, we thank you. We’ve been working on improving Pokémon GO’s global online battling system, and it’s all thanks to your participation and feedback.

As a token of our gratitude, Trainers who achieved rank 4 or higher will receive a Premium Battle Pass as part of their end-of-preseason rewards. To celebrate the end of the preseason, from today, Thursday, March 5, 2020, at 1:00 p.m. PST (GMT −8) to Friday, March 13, 2020, at 1:00 p.m. PDT (GMT −7), all three leagues will be available to play in the GO Battle League! Pick and choose between the Great League, Ultra League, and Master League, and end the preseason however you’d like. As we continue to work on the GO Battle League experience, let us know what you think!

For those of you who haven’t had a chance to try it—what is the GO Battle League? Like many Pokémon GO features, the GO Battle League encourages players to get out and explore the world with Pokémon. You can walk to earn entry into the GO Battle League, then battle opponents from around the globe through an online matching system and rise in the ranks of the league. This feature was a way to make the Pokémon GO battling experience more competitive and accessible to more Trainers.

Note: In-game events for may vary in the following areas until further notice. Players in these areas can stay tuned to our channels for updates.

Legendary and Mythical Pokémon are coming to the GO Battle League!

For a limited time, Darkrai, Altered Forme Giratina, and Thundurus will be coming to the GO Battle League as rare reward encounters, starting at rank 4! Darkrai and Altered Forme Giratina especially can be powerful additions to your Ultra League and Master League teams, so be sure to catch them if you can!

The greatest Trainers know to prepare before a tough battle! Leading up to and at the beginning of Season 1, look forward to the following GO Battle League–themed events to help you catch strong Pokémon to use in battle and gain more Stardust to power up your Pokémon. Please note, the event-exclusive Pokémon appearing in raids and in the wild will not occur in Japan, South Korea, and Italy. Event bonuses will still occur in Japan, South Korea, and Italy.

We’re excited to announce the following changes to the GO Battle League for Season 1.

Season 1 will rotate through leagues, just like the preseason did. Season 2 is set to begin in early May, but please note that all these dates are still tentative. Stay tuned—we’ll update you as soon as anything changes. 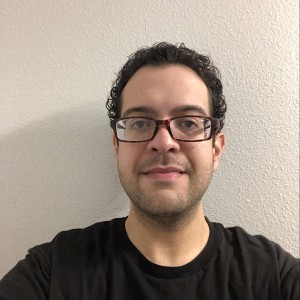